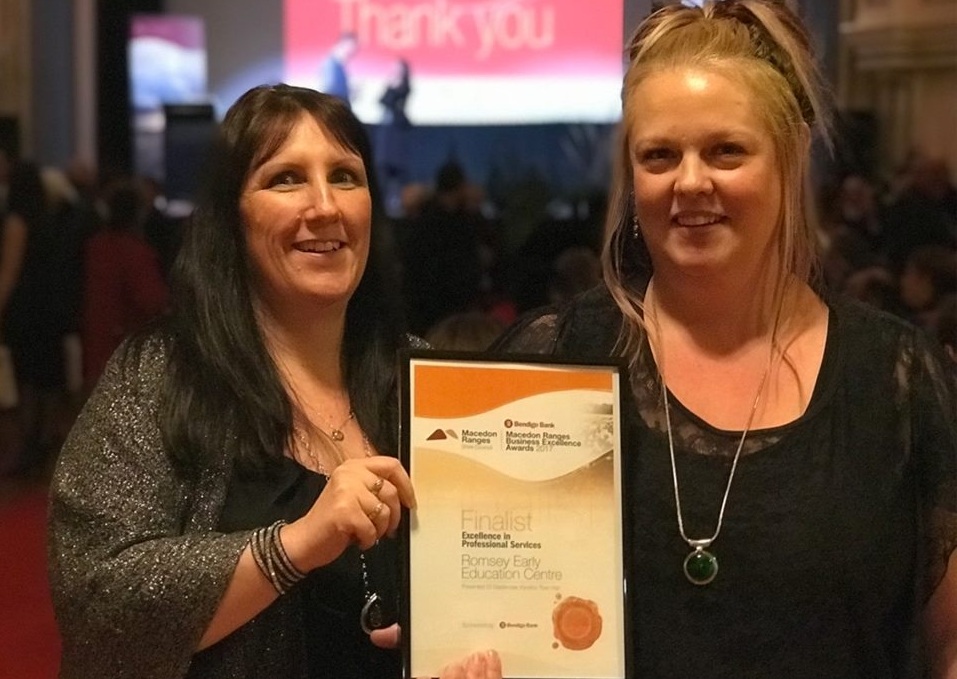 Finalists for the Bendigo Bank Macedon Ranges Business Excellence Awards 2017 have been selected out of a diverse mix of top local businesses that were nominated. Among them were two of the region’s leading early education centres—Romsey and Lancefield EEC.

While only Romsey received the finalist certificate at the award gala night on20 September, this achievement is significant for both centres, as they work alongside each other to offer the same quality curriculum and outstanding service to their community. Centre manager Elisha and staff member Lorelle attended the award ceremony on behalf of Romsey. The certificate serves as a reaffirmation of Romsey’s, and Lancefield’s, dedication to providing the best outcomes in the field of early education, through an integrated approach that supports all aspects of early childhood development.

One of their programme’s highlights is a series of interactive workshops held every month. Known as eecincursions. they engage young learners in a wide range of fun activities from visiting field experts, such as the internationally acclaimed Dream Puppet, Melbourne Museum and Wild Action Zoo.

The use of the iPad in promoting independent learning has also been boostedby the development of their first educational app—eecFlashcards. Designed specifically to meet the Australian early learning curriculum, the app received almost three thousand downloads since its launch in late June this year, placing itin the top 5 Australian flashcards apps in the iTunes App Store.